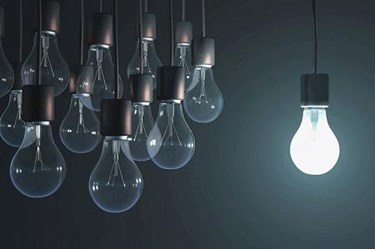 Under this final legislation, the agency is “permanently removing” the -0.2 percent adjustment of compensation for inpatient services related to the “two-midnight rule.” That means FY 2017 payments will see an approximately 0.8 percent increase, according to an agency fact sheet.

The two-midnight rule had created quite a controversy in healthcare. Under it, hospital stays spanning less than two evenings are considered outpatient visits and paid accordingly. Those lasting two nights or more are compensated as inpatient care. While the Department of Health and Human Services was anxious to push the rule forward, it met with serious resistance across healthcare. The original two-midnight rule was announced in 201, but its enforcement was repeatedly delayed due to backlash from providers who argue it undermines clinical decision-making.

In December of 2014, the GOP proposed the elimination of the rule as a way to improve Medicare hospital issues, and in April of 2014 Health IT Outcomes reported the American Hospital Association (AHA) had filed two federal lawsuits challenging the rule. CMS was forced to delay implementation of the rule several times, purportedly to allow Congress time to pass a “doc fix” bill.

The latest move to drop the rule came as a surprise to many in the healthcare industry. “In light of recent review and the unique circumstances surrounding this adjustment, for FY 2017, CMS is permanently removing this adjustment and also its effects for FYs 2014, 2015, and 2016 by adjusting the FY 2017 payment rates,” the agency stated.

Meanwhile, as an AHA statement explained, the new finalized rule “is a mixed bag for hospitals and the patients they serve. On the one hand, we are pleased CMS reversed the effects of the 0.2 percent payment reduction that was part of the original ‘two-midnight’ policy, and restored the resources that hospitals are lawfully due.”

However, the statement continued, “We are disappointed that CMS finalized an unjustified cut to reimbursement rates for hospital services. While a reduction to the hospital update factor was mandated by law in 2012, CMS is undermining Congress’ intent by imposing a cut that is nearly two times what Congress specified.” Further, the AHA asserted, “Much more work needs to be done to ensure that the [electronic clinical quality] measures are valid and reliable before broad-scale implementation.”