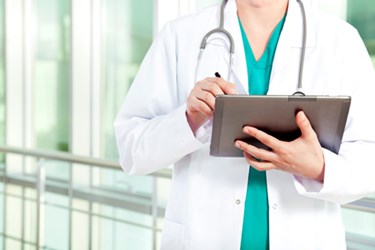 How new technology could help better detect cancer for earlier diagnosis and treatment.

According to a 2014 study published by the Journal of the American Medical Association (JAMA), the combination of 3D mammography with standard, digital mammograms resulted in 41 percent more invasive breast cancers, indicating the use of 3D technology can help better detect cancer for earlier diagnosis and treatment.

Tomosynthesis, or 3D breast imaging, approved by the Food and Drug Administration in 2011, appears to give a more complete, layer-by-layer picture of the breast, unmasking cancers that may be lurking in dense tissue. Tomosynthesis and 2D digital mammography can also be done on the same machine at the same time, adding only a few seconds to the patient’s imaging procedure compared to the 20 additional minutes required to perform a screening ultrasound.

A second study, led by Dr. Christoph Lee of the Fred Hutchinson Cancer Research Center, evaluated the cost effectiveness of adding 3D mammography to standard digital imaging for women with dense breasts, and found that the results are promising. Lee explained , “Our study was trying to figure out, if we add tomosynthesis [3D mammography] to screening women with dense breasts, will the benefits outweigh the costs?

“We found that the benefits of increasing cancer detection rates and decreasing false positives is well likely to be worth the additional cost of tomosynthesis for screening women with dense breasts from age 50 to 74.”

Pennsylvania began requiring all insurers to pay for 3D mammography in October 2015, making the technology more readily available to women.  3D mammography is used in addition to traditional mammography, and uses an amount of radiation well below federal guidelines.

Meanwhile, the St. John River District has acquired a mobile unit that will be available at the hospital every other Tuesday beginning in November. Brian Taylor, a spokesman for the hospital, said, “We acquired the mobile unit last year and we are taking advantage of the technology now.”

The goal is to bring access to communities that need it. “We take the unit out to communities in southeast Michigan,” Taylor explained. “This makes sense for us and it’s an easy way to bring the service to East China.”